Really out of sequence, I typed whatever that came to mind first. 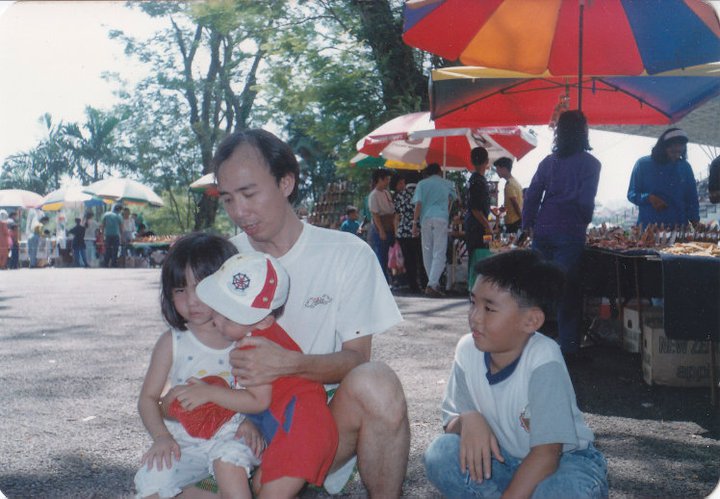 Angers experience! Do not come near, haha.

A lizard fell and landed on my head. I thought it was a rubberband and swept it from my head to the floor. Lizard phobia since then.

Burnt my doll house inside my storeroom while I was 9 and I put tons of newspapers on it while it burned, thinking that it could actually help to stop the fire. What was I thinking? LOL!

Wanted to ponteng so badly, I climbed my school’s infamous ponteng tembok while wearing my baju kurung and my friend laughed at me. It was a pretty high tembok and they all had a pretty good laugh.

The pain and itchiness I had from my 5 tattoos.

Graduated with a Degree.

Younger brother graduated from an aviation school right in front of my eyes. Overwhelmed.

Wrote a love letter to the guy I liked when I was 12.

Acted and performed as a flower when I was 7.

Danced in front of the whole school when I was 17.

First kiss was at school when I was 16 but that was a forced kiss and I hated this fact.

In a relationship with elder brother, then the younger brother for twice. Twice as in four different guys but all I did was just to hold hands so you cannot call me slut. Pfft. I was young back then, I was young. Sweet sixteen we called it.

My father had cancer and I don’t know how to explain what kind of experience was that.

Heard him screamed while he was injected. Bad experience.

The one dearest to me passed away.

Flew to Singapore when I was 11 without parents by my side.

Played hop-scotch almost every morning or noon when I was 12, and ate chicken wing with my friends. Haha.

Toured Europe when I was 13.

And kissed the handsome Italy driver on his cheeks when I said goodbye. (He asked for it, maybe aÂ pedophile haha.)

Had the best pizza and ice-cream at Italy.

Made the most ridiculous and silliest wish at Trevi Fountain.

Took a ride on Space Shot at Genting and I swore that I’ll never do this for the second time.

Tried bungee trampoline at Melaka and I too swore that I will never ever go on that shit again.

Tried deflating a person’s tire. 4 tires in fact without any consent hahah.

Slapped my ex-boyfriend. (Yes I am THIS insane, you wanna come near now!!?? :P )

I cheated on my ex-boyfriend for revenge and this was one of the most stupid action that I ever did in my life but it was a good lesson. I learnt a lot. I lost some, I gained some. And in fact I did not regret a tiny bit as it brought me to the place I am and to the person I’m with right now.

Traded my body for love that do not exist.

Couldn’t breathe from asthma I felt like I’m about to die. Rushed to the clinic behind my house.

Mom was so angry at me once, she threw my clothes out and it landed on the street.

Cheated during exams. Wrote notes, put it inside my bra and check it out in toilet HAHAHA! The lengths I go to get better grades.

Fell for my good friend and I was so selfish that I once asked, ‘Will you leave her for me?’. In the end when I came to my senses I gave up.

Fainted on a street and scrapped my knees.

Cut myself almost every week during high school and fainted in my toilet once.

Watched a movie in cinema alone.

Watched the latest TVB dramas and cartoons through video tape for free and whenever I want because parents own a video tape shop when I was young. Best shit ever!

My friend threw me into a pool inside a club! Soaking wet!

Stole my mom’s money to buy Vitagen for friends when I was 12.

LearnedÂ arithmetic when I was young and used a calculator to do my homework LOL!

Made my own accessories and sold it. :)

Cut my hair real short twice when I’m totallyÂ consciousÂ and aware of it few years ago. To me, it really takes quite a lot of courage for a girl with long hair to chop it all off and at times I cant believe that I actually did it twice because it’s so not me.

Had a throat infection so bad that the doctor told me ‘If you don’t recover after this injection you need to masuk hospital’.

Worked as a translator at MIFF.

Prepared food for 15 people all alone, I still don’t know how I manage to do that because the thought of it now scares me.

Made a felt baby shoe for my cousin.

Left home and went to Melbourne for 3 months. One of the best experience in my life!

Being truly love by a person.

Being accused, again and again.

Crashed the car in front when I don’t even have a licence. Manual-car-phobia ever since which is also why I still do not have a licence now.

Was pushed against the wall once and it was so bad I fell all the way down. Fucking ganas that fella!

Slept with skype on, melts my heart somehow. (:

Received a big bouquet of pretty roses out of nowhere and I was really happy.

Learned piano but slack as hell so if you ask me, no I don’t know how to play a piano.

Having my own kitchen and cooking whatever I like, one of my best experience too.

Worked in aÂ cigaretteÂ factory for a night without sleep doing all the packaging, for money.

Brought my dog to a vet once after it got bitten by another dog and all its pus landed on me after the veterinarianÂ tried to squeeze it out. That was pretty gross!

That’s about it, I cant seem to recall further for now.
Be it good or bad, I am still thankful for all the experiences.
And there’re many more to come, for sure.

Hopefully it wont be packed with bad ones though. Â :)