So I’ve been slacking a lot, sleeping a lot and napping a lot lately.
The laziness in me just grew to a whole new extend, it’s sad.

I’ve also been watching Glee, which is something I never imagine myself doing during the past.
Glee is so lame, that’s my ignorant reaction lol.
I watch it because there’s nothing else in Netflix for me! And also because of Cory’s death, I want to watch it. :(
I don’t know, Glee may look lame but I really enjoy watching it and enjoy all the songs.
Without myself noticing, I always ended up tapping my feet or smiling listening to the songs they sang. Heh. 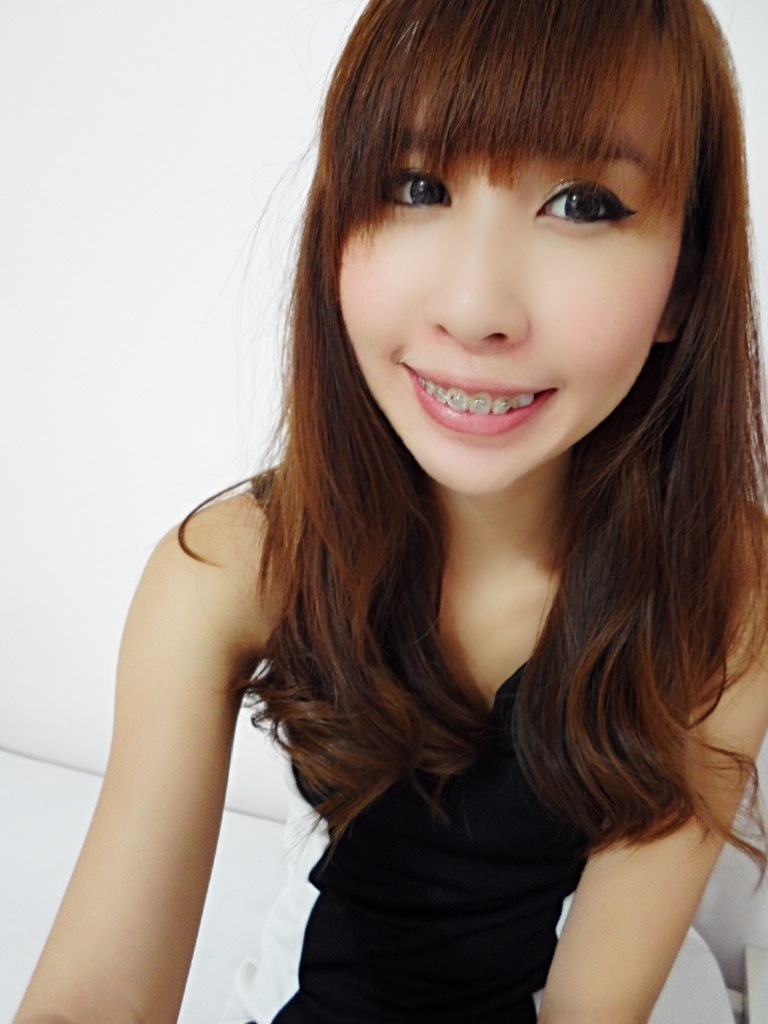 Actually I want to talk about my braces lah.
I thought I should just do a more thorough update about this whole braces thing.
So as I mentioned I’ve always wanted to get myself a set of braces but what really pushed me to it was that Weng Kee got his braces a few months ago and we used to say how we wanted to do braces one day.
And then it hit me, it is really about time. To top it off, I finally have sufficient amount of money for it so it’s a now or never for me.

I first went to consult the orthodontist for about Rm30 and was then directed to get my xray done for about RM90+.
I returned to my orthodontist, expecting her to explain more (and secretly hoping that I do not have to extract more than one tooth which is my baby tooth. #saywhat) but she ended up extracting more than one tooth right there and then.
To think of it right now, it was quite torturous to just lay down and wait for her to ‘torture’ me.
So I told her I am really afraid of pain and she then gave me four injections lol.

I know it is ironic for me to say that I am afraid of pain because my tattoos will think otherwise. lol
But I really am. The injection was rather painful though fast. After the injection, my entire mouth and lips were numb and I couldn’t feel anything when my orthondotist extracted my teeth. The numbness was so numb (lol), it feels so damn weird and it lasted for hours. Somehow my mouth was also swollen till the numbness subside.

A week later I went back to get my braces done. There’s not much pain when she was putting on the braces whereby she’ll glue the metal thingy onto my teeth and finally put a wire on it (I don’t know how that works) but after she’s done, the pain lasted for almost a week. Meh!
The pain was bearable but super annoying! I like to eat so much (you cant possibly imagine) and not getting to eat what I want for a week is so god damn torturous. The porridge only lasted a day, fuck porridge haha. I want my rice.
When I think the pain is too unbearable or too annoying or when I want to eat better food, I popped a painkiller.

I was also given a box of wax to stick it on the metal if it cuts my mouth and for the first few days I kept sticking the wax onto those metals but to no avail, my mouth was still full with ulcers due to the cut.
That is somehow the worst part of getting braces, talking and eating don’t even interest me anymore because when I do so it hurts. Thank God it only lasted for a few days and also it started healing after I gurgle my mouth with salt water. It works.

I have to visit my orthondotist every 3 weeks instead of a month because I want it to be done as soon as possible which is by next mid year so 3 weeks it is.
Last week was the first revisit and she added in something new which I’ve got no idea what it was and she also tightened my braces and when she tightened it, the pain was crazy. It didn’t last long though, just when she tightens it and then for the next 3 days I was back to square one (solid food, stay away).
So I guess for every 3 weeks, I need to suffer 3 days of pain.

Damn, what did I gotten myself into.
This pain and money better be worth it. So damn expensive can die.

I also cannot smile properly right now cause I still don’t know how and each time after my meal I need to go brush my teeth and all that. T_T
I was also really afraid that Fatty will find me too ugly with that braces and thank God he still treats me the same haha. <3 No harm was done when we kiss too LOL! P/S: Blog post was done last Monday but somehow I managed to procrastinate posting this up.